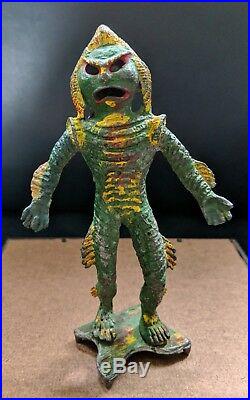 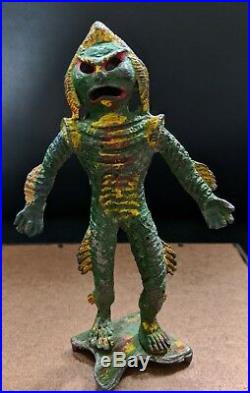 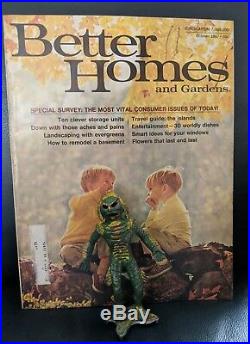 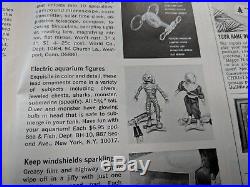 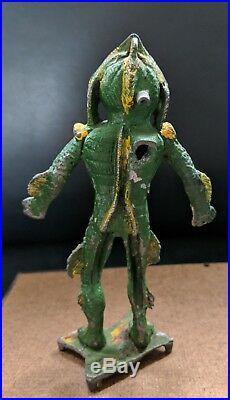 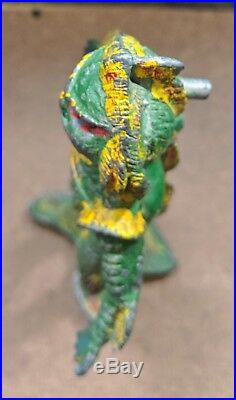 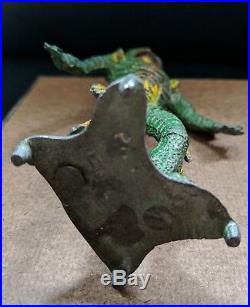 Many don't know these even exist. Not sure when they were made, but probably 1 run only. They were advertised in Better Homes & Gardens in 1967 and are unlicensed but absolutely are the Creature From The Black Lagoon. It is 5 3/4 tall and made of lead.
Originally it came with a light bulb that you could submerge. What could go wrong, putting lead and electricity in the tank with your fish? Probably one reason they are so rare is that they probably wiped out whatever aquariums they went into.

The paint appears original and is mostly there. No bulb or electrical cord.

It's made of lead, so heavy for the size. I'll include the Better Homes and Gardens.

The item "1967 Large RARE Creature From Black Lagoon Lead Aquarium Figure" is in sale since Sunday, September 9, 2018. This item is in the category "Toys & Hobbies\Robots, Monsters & Space Toys\Monsters\Other Monster Toys". The seller is "toyranch" and is located in Bedford, Texas.

This item can be shipped to United States.